Female entrepreneurship with aroma of coffee. 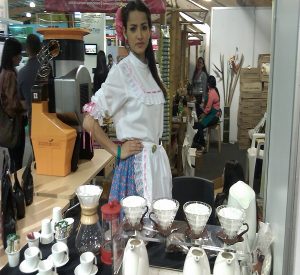 An initiative of entrepreneurship that allows to improve the quality of life of hundreds of rural women and their families, who committed him to the cultivation of specialty coffees, are being conducted for several years in 19 Colombian departments.

To Diana Carolina Balderas, coffee farmer of ends – Norte de Santander and a member of the Association of rural women coffee (Asmucacon), it is a chance to give an added value to the product to grow and also a possibility of achieving equality in the provision of resources to the family economy.

And it is that the entire process from the cultivation, benefit, packaging and marketing is done by 45 women who make up Asmucacon, who have previously received training by the National Federation of coffee growers and the Seine. They have also strengthened their responsibilities for work on computer, in order to produce its own brand called “Female Confinena”.

The Federation, also helps with credits to each female entrepreneurship with incentives, such as the exemption of interest in the first years of production, also with studies of soils.

Asmucacon currently produces 180 loads of coffee a year are mostly sold to the National Federation of coffee growers, since it has certifications such as Rainforest and C-15, the rest is marketed in the province of commoners.

They have more than 2 thousand plants of coffee Arabica variety Castilla, which are grown in a thermal floor between 1500 and 1700 meters above sea level, which ensures a smooth taste typical of the Middle floor cafes.

It is worth noting that coffee’s Confines, is comprised of smallholdings mostly dedicated cultivated on average of 1 hectare lots for coffee.

From the coffee they sell also other derivatives such as biscuits, coffee, desserts, sweets and yogurt coffee, sold in the region, but which seek to expand across the country and abroad.

This peasant women entrepreneurship support program was called in the beginning for the year 2005 ‘program women coffee”, whose objective was to achieve a greater gender equity within programs driven by the FNC on issues such as legislation, programs in all production areas.

“Our long-term goal is get the best cup of coffee with much effort and dedication, who know our work so get outdoors,” concluded Diana Carolina.