Growing consumption of coffee in Germany 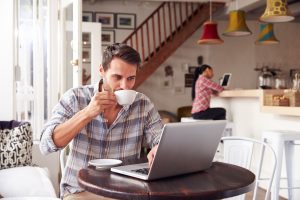 On German tables are not only already observed multiple classes of beer or glasses of water, now a cup of coffee is present even to occupy first place among the preferences of palates in that country, so the coffee has positioned itself as an important companion in your everyday living.

This feature of consumption of coffee currently makes this drink has managed to gradually change the German consumption habits, situation that has benefited the coffee industry and has placed this market as the third in the world for Latin American producers, the figures speak for themselves: 9.5 million annual bags of coffee (equivalent to 570 thousand tonnes) are consumed in Germany

Above Le consumption United States and the European Union.

A study reported by specialists indicates that the German market is responsible for 7% of the world consumption of coffee, after 17% of United States.

Concludes stating that Latin America exports about 60 million bags of coffee of the 82 million sacks produced per year, more than half of the production goes to countries more and more attracted by the benefits of the Arabica coffee.

The requirements of the German market have also forced producers to offer to its customers in Europe, different presentations of coffee far beyond the traditional Cup of hot drink, which however is still very popular with a large segment of the population.

Countries such as Brazil and Colombia continue to lead exports of Arabica coffee, but Colombia has sought to broaden their horizons increasingly taking advantage of characteristics of soft and high quality of its grain, which already attracts other markets in which it is making inroads.

They are Asians, that experts have been motivated by globalization that has led them to change their cultural traditions, as the only one of various types of teas, by intake of coffee in social gatherings, phenomenon that is observed in Indonesia or Japan.

Figures provided by the International Coffee Organization, indicate that coffee consumption grew 2.3 percent in the past year and warns that we must promote more exports to countries such as: Algeria, Australia, Russia, Korea of the South, Turkey and Ukraine, caring for markets that already has positioned itself, as the European Union and United States in the same way.

Key coffee in a quality beverage